i hate it when i lose things.  it happens much too much too and stresses me out a lot.  this time it's my spare house keys.  i've been cutting up old rosemary bushes down by the letterbox lately and i'm thinking i've dropped them there and perhaps someone has picked them up.  there was no ID on them.  i may have dropped them in the green bin.  that's a possibility.  the thing i hate most is that i stress and obsess about it.  it all happened when i (don't laugh) lost my spare car key.  i pulled everything out of the dresser and stuff was all over the place.  i found the (first) lost key.  yay.  but in the meantime i've lost the spare house keys which lived in the dresser with the car keys. i've replaced the three main ones but i can't remember what other keys were on the bunch.  bugga.  i've also searched the house high and low.  i'm hoping they dropped into the bin or they are hiding in the house somewhere.  never mind.  as my cousin said, noone has broken in so far.  lol 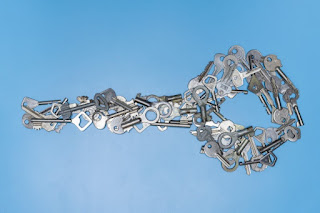 these blogs inspire and entertain me

some of my favourite sites